This morning, the first shipment of Asian Giant Hornet traps were sent north to Blaine. I did a three day push to build 12 traps, and added that to two I had already built, so was able to send 14. They were picked up by Ruthie Danielson this morning, and are on their way north as I write.

14 isn't  a heck of a lot, but it's all I could do in the time period I had. Hopefully, if these work, and are needed, some other folks with woodworking skills can pitch in as well.

Here they are awaiting shipment, with Ted, my quality control cat. Six are for eight frame hives, and the rest are for tens: 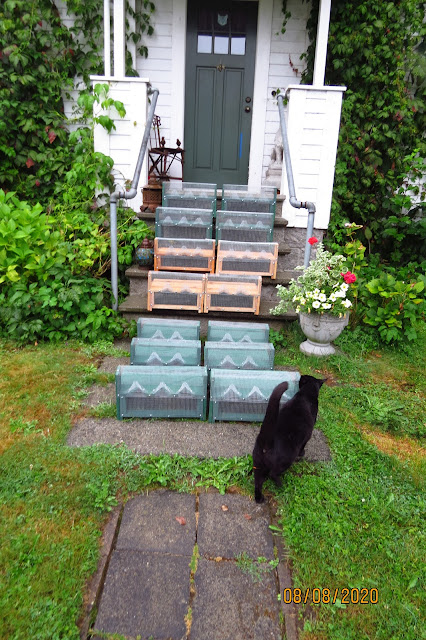 Making the wood part of the traps is easy- It took 3 hours to make the trap frames, from hauling the lumber into my shop, to  finishing the frames. That includes cutting all the pieces and sanding them (necessary as cheap cedar is pretty hairy stuff, but time consuming) , stapling them together, and cutting all the holes, including side entry holes. 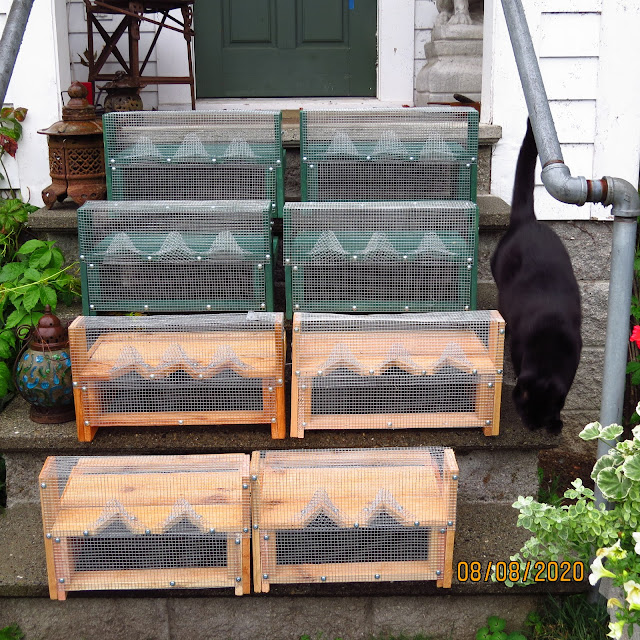 I then decided to paint them as well, which really isn't necessary, so that took another three hours.

Then there was cutting and pre-bending all the mesh pieces, and cutting and bending 30 tetrahedron traps. That had to be 4 hours, at least. Then finally, installing the mesh and traps, mostly screwing it in, but also stapling it. That's another 3 hours at least. 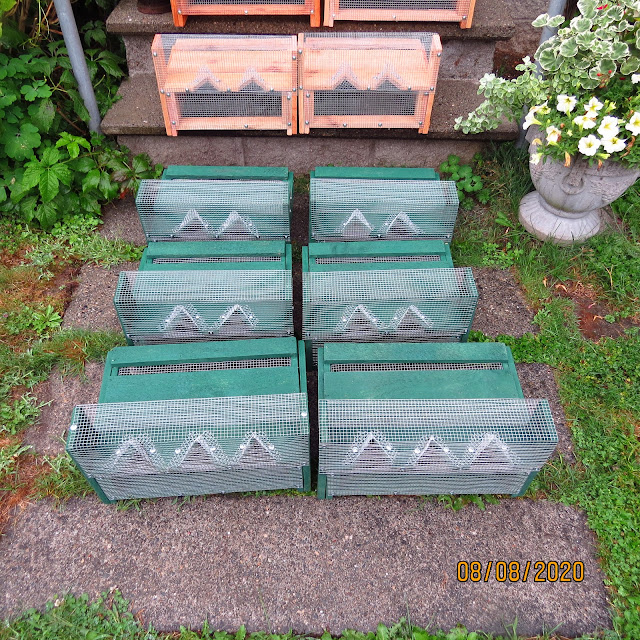 So it probably ends up being and hour and a half a trap or something, that could really be lessened by not sanding, and not painting. I don't really see a way yet of reducing any other parts of the process, except by stapling the screens, and not screwing the down.

Materials wise, I think I used up about 20 or so boards, two rolls of hardware cloth, and a bunch of staples and screws. Not expensive at all.

My hope is that one of these catches a hornet!